Should you use incentives in your wellness programming? 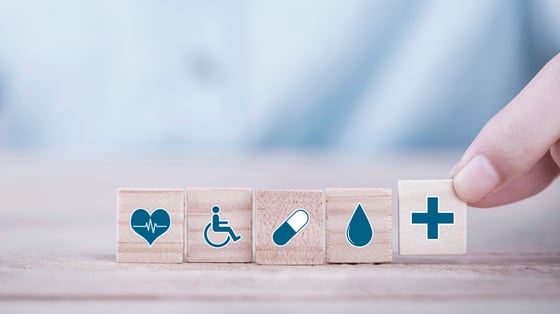 Many hospitals and other healthcare institutions offer their staff incentives to participate in wellness initiatives, but do incentives work the way some leaders hope? In order to fully understand how incentives affect medical professionals, we must take a closer look at intrinsic and extrinsic motivation in the healthcare setting.

In the comprehensive report on the 6 Dimensions of Distress and Well-Being, the Well-Being Index examined how motivation impacts an individual's meaning in work and sense of fulfillment. As stated in the report, intrinsic motivation is the drive to act due to an internal reward. In other words, doing something because it is personally rewarding and inherently satisfying rather than driven by an external factor.

Extrinsic motivation, as explained in the New England Journal of Medicine article titled "Physician Burnout, Interrupted," is the drive to act based on receiving a "tangible external reward, so that satisfaction comes not from the activity itself but from that reward."

Dr. Pamela Hartzband and Dr. Jerome Groopman, authors of the article, describe the negative effect that attempting to create extrinsic motivation through incentives may have. "One might imagine that intrinsic and extrinsic motivators would have additive or even synergistic effects. But Gagné and Deci showed that tangible extrinsic motivators, such as monetary rewards, can paradoxically undermine intrinsic motivation. Such unexpected effects occur particularly among professionals who undertake complex tasks requiring cognitive flexibility, creativity, and problem solving."

Dr. Barry Schwartz, former professor of psychology at Swarthmore College and popular TED Talk presenter, agrees, stating that intrinsic motivation is key in establishing meaning in work. Dr. Schwartz also warns of the barriers that incentivizing work creates. Organizations that offer incentives for tasks communicate a distrust in their employees, essentially stating that they do not believe the employee will complete the task because it is the right thing to do, and must, therefore, be offered a different benefit. The lack of trust and lack of autonomy created by incentives may produce less engagement and meaning in work.

"They tend to enter their field with a high level of altruism coupled with a strong interest in human biology, focused on caring for the ill," say Dr. Hartzband and Dr. Groopman. "These traits and goals lead to considerable intrinsic motivation. In a misguided attempt to improve the medical system, health care reformers put into place various positive and negative extrinsic motivators, without realizing that they would actually erode and destroy intrinsic motivation."

The article continues to explain that while individual rewards offered for specific performance, such as monetary incentive for completing a task, is likely to lead to decreased intrinsic motivation among healthcare workers, not all extrinsic motivators lead to that result. "Gagné and Deci observed that an increase in yearly salary or a bonus does not diminish intrinsic motivation. But bringing money to the fore in each individual patient interaction—by translating physicians’ work into relative value units, for example—does."

So should medical organizations offer incentives to boost participation in wellness efforts? It depends on the incentive. After examining the research, healthcare leaders should look closely at their strategies and consider the impact of extrinsic motivators and the message they may send to participants. Rather than incentivizing with monetary rewards, perhaps consider communicating the systemic impact that participating will have on improving conditions and make that shared goal of improved well-being the incentive.

You will get instant access to the Well-Being Index demo account to test the software as different types of users. We will also send you a confirmation email with the link to the demo account for future access.

Transforming the Approach to Well-Being.

Go Beyond Burnout at your organization. Use the Executive Leadership Summary to share the Well-Being Index with your colleagues or leadership teams.

The Well-Being Index team is made up of thought leaders, healthcare associates, technology experts, and content creators dedicated to improving well-being by equipping organizations with the tools and data needed to Go Beyond Burnout.

Save this article for later